How to Increase Suicide Awareness with OOH Advertising

Suicide is a leading cause of death, with nearly 800,000 deaths around the world every year, according to the World Health Organization. The Centers for Disease Control and Prevention states that suicide is the tenth leading cause of death in the United States, claiming 47,000 lives in 2017 alone. While it isn't an easy or comfortable topic to talk about, greater awareness has come to issues like this in recent years. 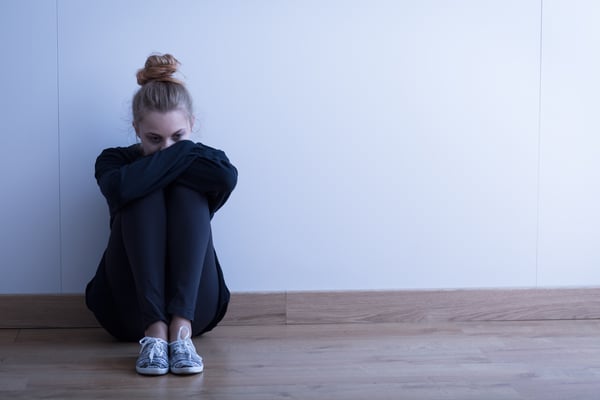 If you're thinking about suicide, are worried about a friend or loved one, or would like emotional support, the Lifeline network is available 24/7 across the United States.

Suicide, anti-bullying efforts, and overall mental health issues are no longer off-limits topics of conversation. They have been central to several awareness campaigns, as well as celebrity-endorsed social movements. Stars like Justin Bieber have even opened up publicly about their own struggles with mental illness.

Suicide awareness campaigns and similar efforts occur with the help of advertising.

What Is OOH Advertising?

Although there are several different types of advertising, our focus here will be Outdoor or Out-of-Home (OOH) Advertising. As is obvious from the name, OOH advertising reaches members of the target audience while they are outside their homes. These marketing efforts include billboards, bus shelter advertisements, newspaper kiosks, and wall panels.

OOH advertising is a traditional form of advertising that can be wildly successful if executed correctly. We see numerous OOH advertisements every time we leave our homes, yet only a select few are memorable enough to leave lasting impressions.

What Role Does OOH Advertising Play in Suicide Awareness & Prevention?

Out-of-home advertisements have played a significant role in starting and continuing the conversation around sensitive subjects like mental illness and suicide. In fact, it has become increasingly common to see mental health, suicide awareness, and prevention campaigns on billboards, kiosks, wall panels and other OOH displays.

Such campaigns are steps in the right direction for increased awareness and prevention, as they often provide immediate calls-to-action with the inclusion of hotline phone numbers and additional resources for support.

According to USA Today, calls to the National Suicide Prevention Lifeline doubled between 2014 and 2017, with over 2 million calls received in 2017. The referenced article quotes Lifeline spokeswoman Frances Gonzalez, who said that due to increased public awareness of suicide prevention and the lifeline’s services, more people are reaching out for help and finding hope to get through moments of crisis.

A 2013 article in TIME Magazine points out how public policy and federal funding have begun utilizing OOH advertisements to relay mental wellness campaign messaging aimed at individuals suffering from anxiety and depression.

These agencies have shifted from specifically targeting individuals at current risk for suicide (or “downstream”) to trying to reach people who are struggling before they reach a state of emergency. This new audience is categorized as "upstream," meaning that they are not a current suicide risk.

The National Suicide Prevention Lifeline is unique in that is has adopted the shift towards broader advertising while also maintaining its position as an emergency resource for those at risk of suicide.

How is a Safe and Successful OOH Suicide Awareness Campaign Created?

Out-of-Home advertisements are often seen in passing, while people are on the go, giving advertisers only seconds to capture people's attention. We’ve researched the most effective way to engage an audience in a short amount of time and have compiled a list of six key tactics for successful out-of-home advertising.

There are a few additional steps to consider when constructing a campaign or advertisement that deals with mental illness and suicide prevention. When it comes to such issues, there is a fine line between destigmatizing and normalizing topics.

For example, suicide prevention campaigns and messages must be mindful that their messaging brings awareness to mental health and suicide (destigmatizing these subjects within the community) while not normalizing suicide as the next step for those who have mental health illness or suicidal thoughts.

These five points, used in conjunction with general OOH advertising best practices, will set your outreach campaign on a proven path to success and effectiveness.

What Can We Learn From Previous OOH Suicide Awareness Campaigns?

In 2018, Ad Council, Droga5, The Jed Foundation, and the American Foundation for Suicide Prevention partnered to introduce a campaign aimed at preventing self-harm among youth, using a similar approach to the five recommendations above.

In an article on Mediapost.com, Ellyn Fisher, Vice President of Public Relations and Social Media for the Ad Council, stated that "While it's critically important to inform and educate people about mental health and suicide, we knew that we needed to develop messaging based on research with the experts who had tested young adults."

She goes on to address the campaign’s attentiveness to refraining from normalizing behaviors by stating "We've taken every care in our PSAs and YouTube spot to make sure that we are not discussing suicide and mental health in ways that can increase risk."

Their "Seize The Awkward" campaign was estimated to reach an audience of over 70 million. Though an impressive audience size, it is essential to remember that this number does not reflect the number of individuals who are engaging further with the campaign.

Darcy Keller, former Communication Head at The Financial Times, told MarketingWeek.com that the objective of OOH advertising is to build awareness and increase engagement. While overall awareness surrounding mental health and suicide prevention has increased in recent years through targeted campaigns and efforts, such as the "Seize The Awkward" campaign, there is an apparent lack of engagement.

Suicide is still the second-leading cause of death in the United States among individuals ages 15 through 24. The high number of death by suicide shows that while awareness might be there, it isn't always translating into behavioral changes.

This may be a reflection of the fact that it’s challenging to personalize campaign messaging without isolating individuals from their communities. As beneficial as hotlines and national resources (such as The National Suicide Prevention Lifeline) may be, it is also vital that there is an element of community engagement so as not to isolate individuals from their peers.

How Can We Promote Community Engagement Within A Suicide Awareness Ad Campaign?

A great way to foster community engagement with an advertising campaign is to provide information about resources and activities that are available within the community. College campuses can be particularly effective for these types of campaigns, as they contain large numbers of the target audience and often offer excellent community-based resources.

On behalf of the American Foundation for Suicide Awareness, MSSmedia has purchased and placed paid media campaigns nationwide on campuses, including Ohio State University, Tulane University, and Wayne State University to advertise community walks to promote awareness and fight suicide.

If you're thinking about suicide, are worried about a friend or loved one, or would like emotional support, the Lifeline network is available 24/7 across the United States.

If you are looking to build a successful suicide awareness campaign, contact our team today to learn how we can help.

Here at MSS Media, Inc., we’ve been providing Education, Government, Real Estate & Lifestyle clients with succinct, optimized, and successful marketing solutions for more than 15 years. Consider MSS Media, Inc. a full-service, one-stop shop for all your Media and Public Relations needs. Your goals are our motivation. And our mission is to propel your message, further and faster, to achieve the outcomes you’re looking for. If you found this blog post helpful, please share!

How to Effectively Use Social Media in the Public Health Space
Harness the Energy of Digital Ads & the Power of PPC
What Is The Most Effective Tactic for Optimizing Google Display Ads?

How to Effectively Use Social Media in the Public Health Space

END_OF_DOCUMENT_TOKEN_TO_BE_REPLACED

Harness the Energy of Digital Ads & the Power of PPC

END_OF_DOCUMENT_TOKEN_TO_BE_REPLACED

What Is The Most Effective Tactic for Optimizing Google Display Ads?